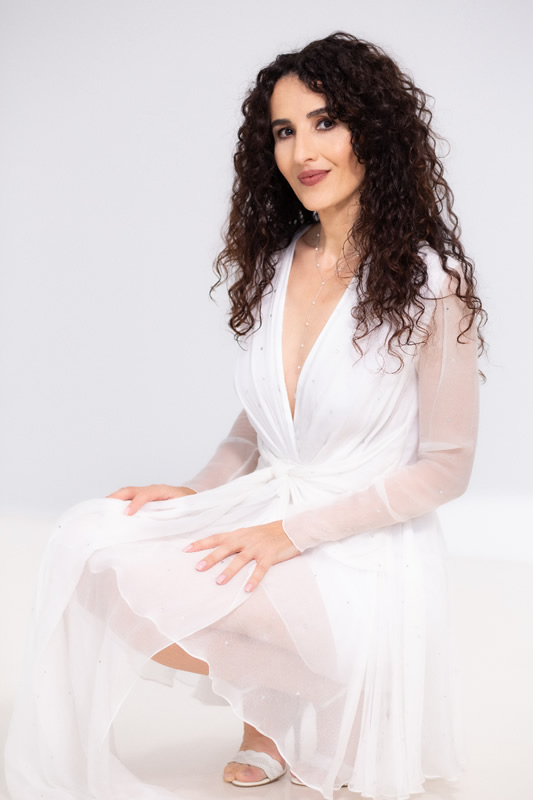 The story of Anyoli - emotion givers

"It is when you give of yourself that you truly give." Khalil Gibran

I have always wanted to do things that help those around me. Things that make a difference and persist. This thought has turned, over the years, into an engine that motivates me to always go further, regardless of challenges.

I am Nadia Visan, the founder of Anyoli Romania, and the story of this brand is also my story, because with the birth of Anyoli, another motivation was born in me, another destiny that gave me a new purpose, that of messenger of emotions. 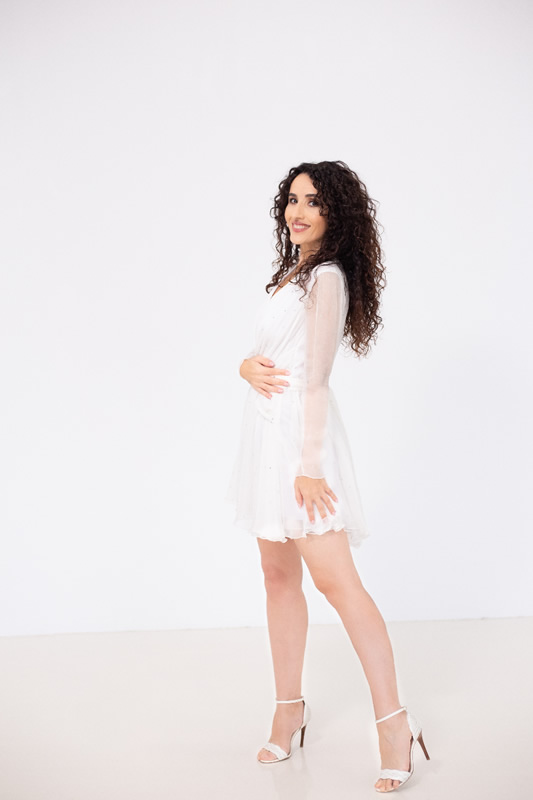 I have always felt that there is a special relationship between me and God. Although I don't see him, I feel him everywhere near me. Every time I looked for answers, He gave them to me, every time I needed help, He gave it to me, and every time I wanted someone to listen and understand me, He was by my side. Precisely because of this special relationship, the name Anyoli chose me, although it may sound cliché.

I have always wanted to share happiness around me and to be able to offer people ways to share sincere emotions. Precisely for this reason, I have repeatedly asked the Divinity for an answer to the question: how can I share beautiful things to other people?

Finally, after many requests, I received the answer on a March morning, when the night deceives the day. Dream or reality, someone whispered a word in my ear and driven by destiny I woke up and wrote down the word 'Anyoli' on the agenda. I had never heard that word before, it was completely new to me. I was going to learn from the Indian designer that Anyoli means 'God's Messenger'.

Searching on Google other things related to Anyoli I also found a stone called Aniolite, a healing stone, of a special beauty, which makes the connection between mind and heart. Then I knew that that new 'something' would be related to jewelry, a field I've been passionate about for a long time, knowing a lot of information.

I realized that nothing is accidental, everything happens for a reason and I decided to follow the clues that were shown to me in this beautiful game of my life. Thus, the rest of the details appeared, one by one. I knew from the first moment that Anyoli is a strong, special name, that contains mysteries that I only suspect. 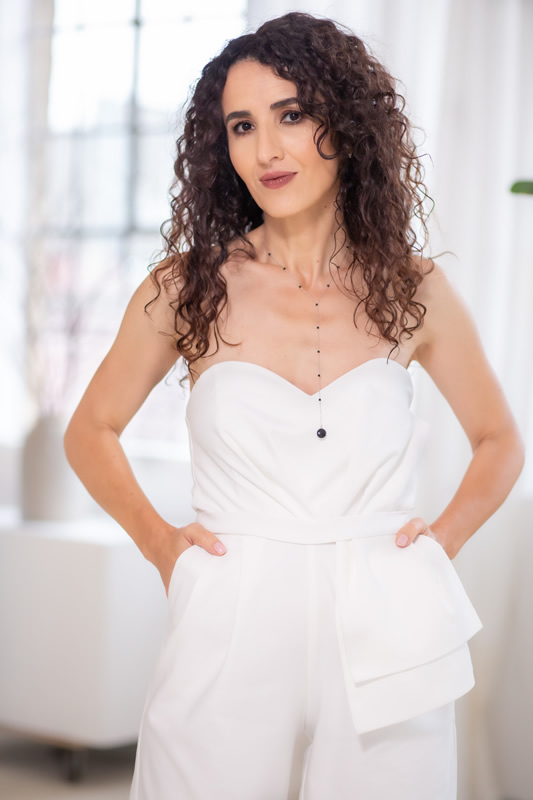 I knew that Anyoli had to be a messenger of emotions, of happiness. We knew that the purpose of this brand was to help people connect and express their feelings. That's how I started to think that there are people all over the world who are looking to give something unique, original, perfect. Even if the perfect gift does not exist, there are methods by which what you give becomes perfect. And what can be more beautiful and original than to offer a part of your soul with the object you choose? In the case of Anyoli, the object is a jewelry made of precious and semi-precious materials. 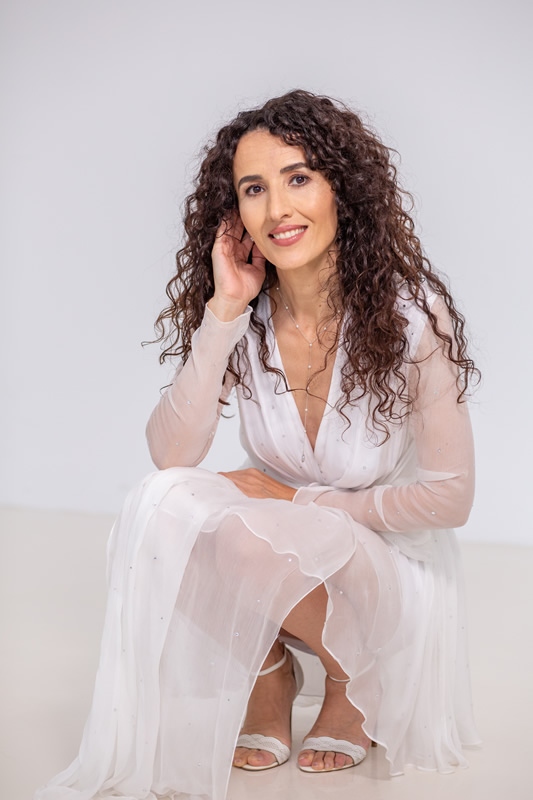 How can we offer a part of our soul?

Using what I've been doing for years, but adding something more on top. I am a doctor in promotions, and this means, in short, giving birth to personalized gifts.

But with Anyoli, I wanted and felt that I could go one step further. So I decided to help those around me feel exactly what I feel every time I make a gift: the desire to not be forgotten, to remain in the memory of the person I offer an emotion.

Here cames into the story our modern technology through which you can literally upload, in any object, messages to your loved ones - text, photo, video, link or document. And they can read them by touching the gift with their phone. Therefore, each Anyoli gift can be loaded with a part of your soul, thus turning into a living gift. Because we really give when we offer a part of ourselves, right? 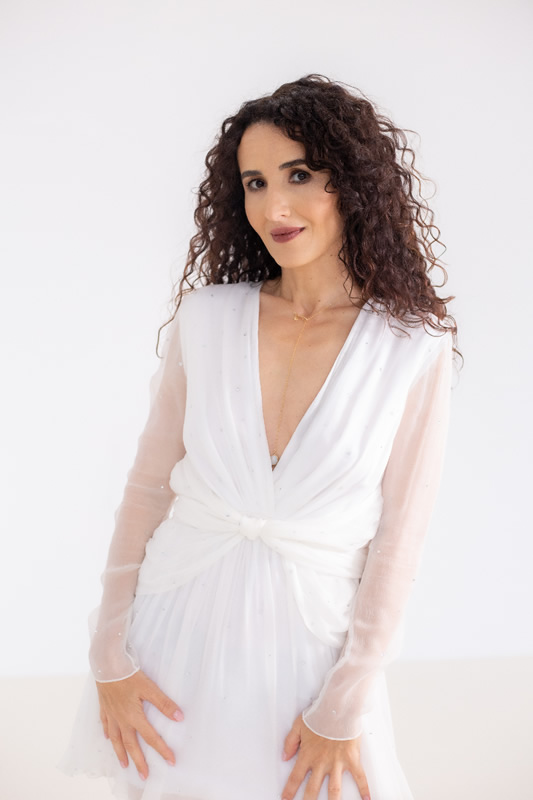 As I said, the universe conspires and here we are. In my dream, of gifts with a soul, which has now become a reality. I am waiting for you, together with me, to build the Universe of givers with a soul.

Giving means building invisible bridges between people that create connections between souls indefinitely.We believe that an attention offered in the depths of the heart does not know the notion of time, it manages to persist by overcoming it. Such a gift remains eternally fresh, settling, first of all, in the mind and soul of the recipient. Such a gift is alive because of the ability to give rise to sincere emotions. It has the power to quench its thirst in the fountain of tears of joy and feeds on the fruit of smiles whenever it is worn. The living gift lives and dedicates its existence to a single purpose, that of filling the life of the person to whom it was predestined with color and good cheer 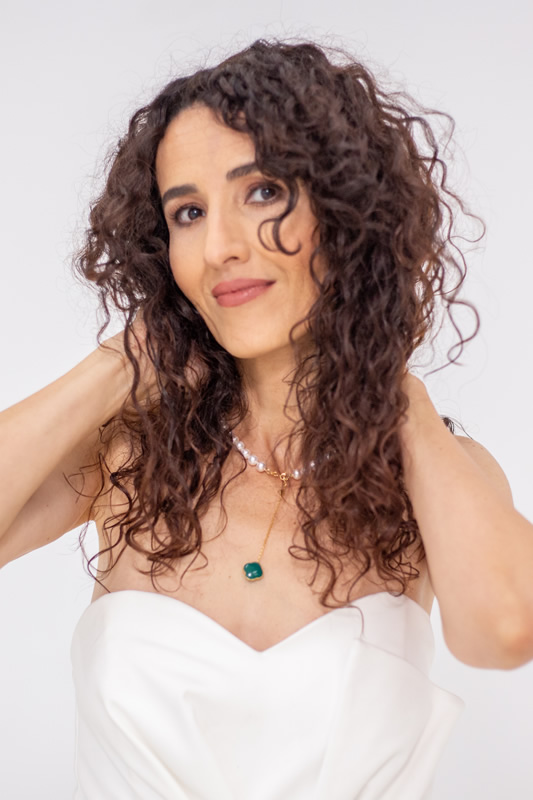 Anyoli is about the love of giving

"Love to give" is the law that governs the Anyoli universe. The most important gifts are those in which you give a part of your own being, when you wrap a piece of the soul next to the given object. When you give, you do it because you love offering to others of your own joy, because the joy of others is the most precious spiritual food. A selfless gift, which expects nothing in return, increases in value and beauty.

At the same time, it highlights the beauty of the souls involved and the power to create an arch over time, distance and people, connecting through unseen bridges, people you want to thank on the occasion of the anniversary, on holiday or without a calendar occasion, when you want to you show your appreciation, gratitude, love in the most sincere way. May this gift be your daily source of happiness and hope, a cure for longing and sadness, an opportunity for smiles and delight and a guide to discovering the pleasure of selflessly giving a part of yourself!